Skip to content
You are at:Home»Mobile»TECNO Spark 3 launched with 8MP camera and 3500mAh battery 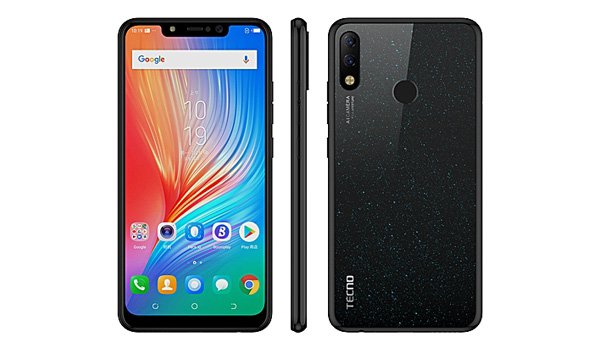 The popular smartphone company, Transsion launched the first of the Spark series in 2017. This smartphone recorded massive sales due to its great features and price especially at a time most budget phones had below average specs.

The device recorded massive success due to its high-end features and affordability and TECNO unveiled the Spark 2 a year later. Previously, budget devices were nothing to write home about in terms of functional specifications.

These features include massive screen size, exciting cameras, ample storage, and battery size. But they offer different mobile processors with varying RAM configurations. Now let’s look at the features of the TECNO Spark 3.

The Tecno Spark 3 has a body made of plastic which has a glossy look when seen from a distance. It also has a width of 75.8mm and a length of 155.3mm. With such measurements, this product can fit securely in your pocket or hand.

Behind the phone, you will find a vertically positioned camera. Under the camera assembly lies an LED flash. Finally, the rear panel houses a fingerprint sensor at its centre.

Regarding its display, the TECNO Spark 3 has an IPS LCD of 6.26 inches which offers 720 × 1520 pixels. The display also has a large notch which houses the selfie camera of the smartphone.

You can get the Tecno 7 in black, red, gold and purple.

This entry level device has a dual rear camera assembly which includes a 13MP primary sensor and a 2MP secondary sensor. However, the Andriod Go variant has a single 13MP shooter. Both variants have a single 8MP selfie shooter.

As mentioned earlier, the TECNO Spark 3 comes in two models. One model has MediaTek MT6580 SoC with a Quad-Core Processor which clocks at 1.3GHz. It supports 1GB worth of RAM.

The other model runs on a MediaTek MT6761 Helio A22 SoC with a quad-core processor. It also features 2GB of RAM and works with an IMG PowerVR GPU

Concerning storage, both variants have 16GB of internal space which can be extended via its dedicated microSD card slot. The 2GB RAM model features the Android 9.0 Pie while the 1GB model supports Android 8.1 Oreo Go Edition. Both models have TECNO’s in-house HIOS Skin on it.

A moderate 3,500mAh battery powers both models. However, the cell does not support fast charging. We do not know if any of the models support most networks, especially 4G LTE. But we expect this feature might feature in the Pro Version.