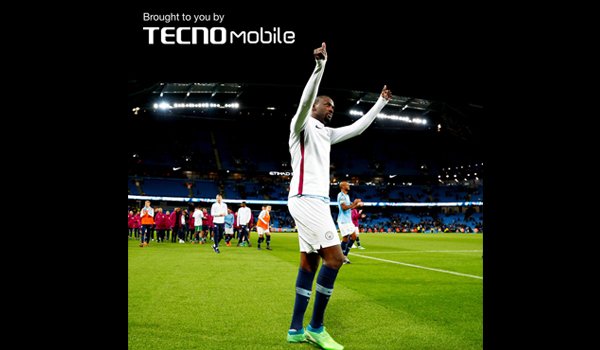 It is no news that TECNO is an Official Partner of the current English Premier League Champions, Manchester City. City achieved a lot domestically this season breaking all sort of records and getting the highest number of points ever in a season (100) on their way to winning the Premier League. OEM giant, TECNO Mobile in celebration of its partner’s title winning campaign believes it took an obsession sort of for City to achieve such feat and is giving its fans and customers an opportunity to win its latest Camon X smartphone.

Proud to be an Official Partner of the Premier League Champions 2017-18 @ManCity
We all fight for what we are obsessed to. Come and share with us your “Obsession” story with the hashtag #ItTakesObsession. #TECNOxMancity #TECNOMobile pic.twitter.com/enthfGvhob

The idea behind this is that Manchester City did not only win the League title because they were highly skilled, dedicated and tactful, it also took them an obsession of never giving up till the task was completed to achieve the feat; a school of thought which I personally agree with having witnessed so many Premier League seasons, its rigours and what it takes to be Champions of England.

Now, where do the fans and customers of TECNO Mobile come in? TECNO are certainly the masters of giveaways in Nigeria and wants to reward their fans once again. What are you passionate about, what is your obsession story….how have you reached the top with your obsession?

TECNO ItTakesObsession – How to Participate

STEP 1 – Share a video not more than 60 secs showing you doing what you are obsessed about and also telling your story at the same time.

NOTE: You must be following their Social Media page(s) to make your entries valid.

STEP 3 – Ask your friends to like/retweet your entry to increase your chances of winning.

The Great Isaac Newton dedicated his life to his passion. Are you following what you are passionate about?

In celebration of Manchester City’s title winning season, Join the move #ItTakesObsession and stand a chance to win the Camon X. pic.twitter.com/aDtsWNpA5Z

Activity is on already and entry closes 21st, May.

What are you waiting for? Tell your story and you may be the winner of a brand new TECNO Camon X. ItTakesObsession