Skip to content
You are at:Home»Mobile»TECNO Camon 15 Premier Complete Specifications and Price in Nigeria 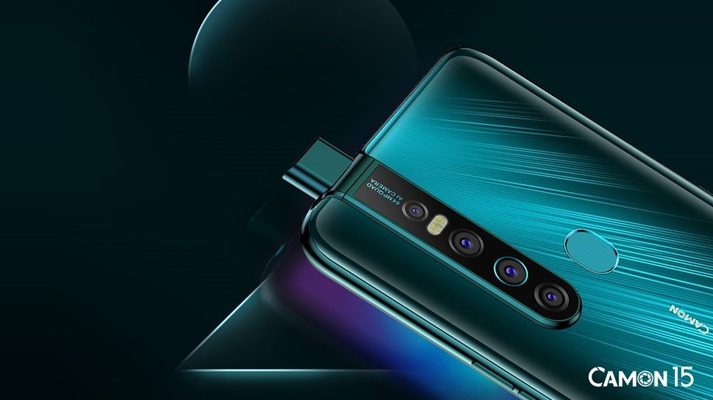 After announcing its new Camon 15 and Camon 15 Pro in India, TECNO officially announced Camon 15 Premier and the Camon 15 in Nigeria today. There is also a Camon 15 Air making it four devices in the Camon 15 series.

The smartphone brand used the launch to announce its partnership with Wizkid while also partnering with Sony to unveil a device with a 64MP Ultra Quad AI rear camera setup.  The Camon 15 Premier is not to be mistaken with the Camon 15 Pro as it offers similar but higher specifications.

The Camon 15 Premier shares similar design with the Camon 15 Pro. It has a gradient finish and craftmanship which is pleasing to the eyes. It is made up of a polycarbonate body but comes with a glass front. It has the same pop-selfie camera mechanism which allows it to have an all-screen display devoid of any notch. The pop selfie comes with a Face ID while its fingerprint scanner is positioned at the back of the smartphone. The device weighs 203g and measures 9.1mm in thickness.

In terms of display, it features a 6.6-inch IPS LDC screen with a 91.2% screen-to-body ratio. It has a Full HD resolution and a 390ppi density.

The smartphone ships Android 10 out of the box based on the OEM’s custom HiOS 6.0 UI. It is powered by MediaTek’s Helio P35 chipset which is built on a 12nm process and its clocked at a 2.35Ghz with eight cores. In terms of graphics, you get the PowerVR GE8320 GPU.

It comes with a 6GB RAM and a 128GB of internal storage which is expandable up to 512GB via the microSD card slot.

As it is known with all TECNO Camon devices, the main area of focus is always the camera and what it delivers. The Camon 15 comes with a Sony-powered 64MP main sensor which comes with Super HDR and AI Scene Detection. The Quad camera setup at the back is completed with a 5MP Ultrawide angle lens with 115-degree field of view, a 2MP Macro lens and a QVGA sensor.

For selfies, you get a 32MP pop-selfie camera which automatically retracts against fall to prevent damage.

TECNO Camon 15 Premier will retail for N95,000 in Nigeria. The device is available for pre-order and will hit the shelves soon. You can also purchase from EasyBuy with a N30,000 down-payment.