Skip to content
You are at:Home»Mobile»Moto G7 Plus Complete Specifications, Features and Price 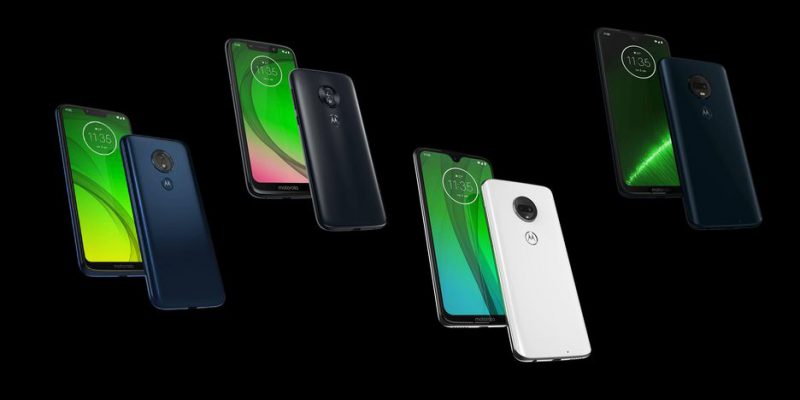 The specs sheet for Lenovo’s owned Motorola G7 line of phones was leaked on the phone maker’s online store. The leak was reported by CNET en Español but not before the team had a look at the items on display.  Phones on the list include the Moto G7, G7 Plus, G7 Power and G7 Play.  Furthermore, Motorola has taken down the site and have not confirmed the details on the sheet.

As we have done with the G7, we will be looking at the Moto G7 Plus. These smartphones share similarities. For instance, they are both entry-level devices and feature narrow bezels. However, the G7 Plus features a different mobile processor than most devices on the G7 line. Here are the critical specifications of the Moto G7 Plus.

According to the rumoured spec sheet, the Moto G7 Plus will have a body of glass and aluminium. Most phones on the G7 line come with panels made from these materials. Besides, the G7 Plus comes in the standard “bar” shape with a width of 75.30mm. It also weighs 172 g with the battery included.

Moving to the front of the device, there lies a 6.24-inch notched screen that features a resolution of 1080 x 2270 pixels. A sheet of Corning Gorilla glass covers the screen and protects it from dust, scratches and dust particles. Slim bezels surround the screen which sports a more massive chin. A drop style notch houses the selfie snapper and an earpiece.

The G7 Plus has a dual rear camera set up in a circular form. It also has an LED flash at the bottom of the sensors. The back panel also houses a fingerprint scanner with a Motorola logo on top. Like most devices, the G7 Plus has volume and power buttons on its right edge. As at press time, there are no details about the colour options available. But the site featured a black G7 Plus.

As these specifications are from a leaked spec sheet, details about the optical features of this device are still sketchy. However, we have an idea of what to expect from this latest smartphone.

Under the hood, a Qualcomm Snapdragon 636 mobile processor that clocks 1.8GHz powers the device. But there are no details about the GPU that will support the gaming and graphics demands of this device.

Concerning memory, the Moto G7 Plus has 4GB worth of RAM while an internal space of 64GB helps store media and other content. The memory can be extended via its MicroSD slot to a capacity that we are yet to confirm

The smartphone will feature the latest Android 9.0 Pie which will be wrapped by Motorola’s in-house skin.

A 3000mAh lithium battery will power the Moto G7 Plus. This cell should provide at least enough energy for the day. However, heavy gamers or users should be prepared to recharge the smartphone at least once a day. According to -developers, a wireless charger might be part of the accessories of the G7 Plus.

The Moto G7 Plus promises access to various networks including 4G LTE. It will also enable users to connect to WiFi standards such as Wi-Fi 802.11ac (2.4, 5GHz). The leak does not reveal the type of port on the phone, but it shows that the G7 Plus will have Bluetooth v5.0. The device will support NFC functions.

Although there are reports that Lenovo will launch the Motorola G7 Plus in Brazil, there is no information confirming a global launch date. At the time of this article, the price of the G7 Plus is still unknown.