Skip to content
You are at:Home»Featured»Mobile Phone Innovation – A Peep into The Nigerian Market 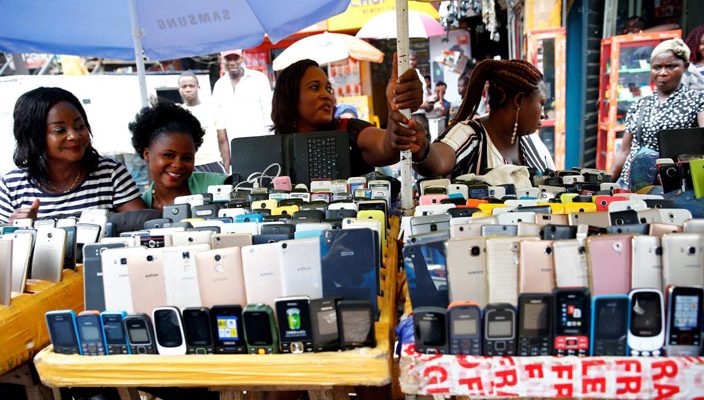 The mobile phone market has witnessed many competitions since its emergence into the Nigerian market in 2000 and only a few mobile phone brands have been able to keep their heads up. In such a market where competition is inevitable, the only way to stay relevant is by being exceptional.

In over ten years, Nigeria has welcomed a number of mobile phone brands like Motorolla, Sagem, Nokia, Tecno, Infinix etc. With these numbers and more, one would think that the market is saturated and new entrants will be discouraged, but that does not seem to be the case when you have a market of over 180million people. Hence, the likes of Vivo, Oppo and Xiaomi recently joined in the race.

Since its global debut in 2009, Vivo has produced and shipped well over 10 million smartphone devices around the world with each device boasting new unique features. An example is the Vivo V7 and V7plus devices launched at the Mobile World Congress and were the first smartphones to spot an elevating 24MP front camera from APEX™.

In January 2018, Vivo once again introduced the first In-Display Fingerprint sensor and the feat came at a time when the industry standard was having a fingerprint sensor either at the rear of the device or on the home button. Just recently, they introduced yet another feature with its latest device – the V17 Pro. This innovative device houses a total of six cameras made up of the first ever Dual Pop Up Front Camera and a 60MP AI Quad Rear Camera. The Dual Pop Up Front Camera also has the Selfie Softlight which helps to capture clear pictures in lowlight environments while the rear camera has a combination of lenses including the macro that helps capture every exquisite detail of closeup shots. This camera also has a Pose™ Master which interestingly, suggests poses for users when taking photos

With Vivo’s strategy of continually prioritizing the needs of its consumers and placing a premium on innovation, it is almost certain that we are about to have a new smartphone war in the Nigeria market.