Skip to content
You are at:Home»Mobile»Itel A45 Complete Specifications, Features and Price 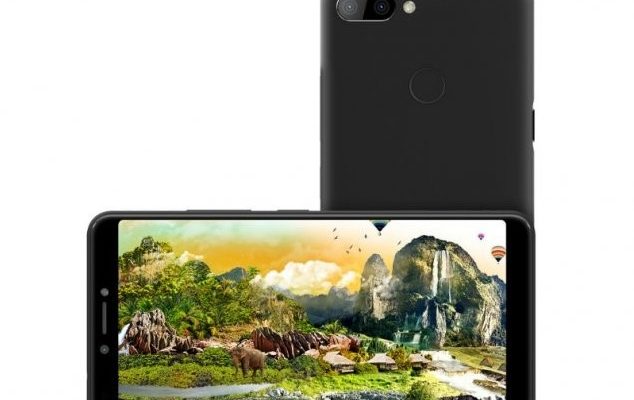 Itel A45 was unveiled in India alongside the A22 and the A22 Pro. The device features a 5.45 inch (13.8cm) display with a screen resolution of 720 pixels by 1440 pixels. It is powered by a 1.3GHz quad-core processor alongside a 1GB RAM and runs on Android v8.1 Oreo (Go edition). It comes with an 8GB internal storage that can be expanded up to 128GB via the microSD card slot.  As far as batteries go, the Itel A45 is powered by a 2700mAh rated – battery; which is not so much juice (power) for a 2018 smartphone. For cameras, the Itel A45 has a dual 5-megapixel (5-micron) and 0.3-megapixel primary camera on its rear and a 5-megapixel camera in front.

The Itel A45 is a dual SIM (GSM and GSM) smartphone that accepts Nano-SIM and Nano-SIM. Connectivity options include Wi-Fi, GPS, Bluetooth, Micro-USB, FM, 3G and 4G. Sensors on the phone include a fingerprint sensor and an accelerometer.

Itel A45 Design and Display

The Itel A45 features a plastic body and comes in midnight black, anthracite grey and rose gold colours. It comes with a TFT display, a 5.45 inch (or 13.8cm). The touchscreen is capacitive and multi-touch, with a resolution of 480 x 854 pixels and a pixel density of 295 ppi.

Itel A45 OS and Software

The device is powered by the latest version of Android – the Android 8.1 Oreo (Go edition).

The device sports an internal memory of 8 GB, which can be expanded up to 128 GB externally.

Itel A45 Camera and Connectivity

In terms of camera, there is a dual 5-megapixel (5-micron) and 0.3-megapixel primary camera on its rear and a 5-megapixel camera in front. Image resolution for the front camera is 2592 x 1944 pixels. The cameras auto-focus and there is soft light flash to illuminate dark scenery. Clearly, the camera(s) are just pretty basic ones.

For connectivity, the device supports Wi-fi 802.11, b/g/n and can power a mobile hotspot. There are Bluetooth and Mass Storage/Charging capabilities via USB connectivity. The device runs on 4G and as well supports 3G and 2G.

The smartphone’s battery is very basic, coming in at a 2700mAh rating. For a smartphone, this is pretty much basic.

Itel A45 Price and Availability

The device is expected to retail starting from $79 – $99 and it’s available in retail stores.

Itel A22 Full Specifications and Features