Skip to content
You are at:Home»Mobile»Huawei P30 Lite Complete Specifications and Price 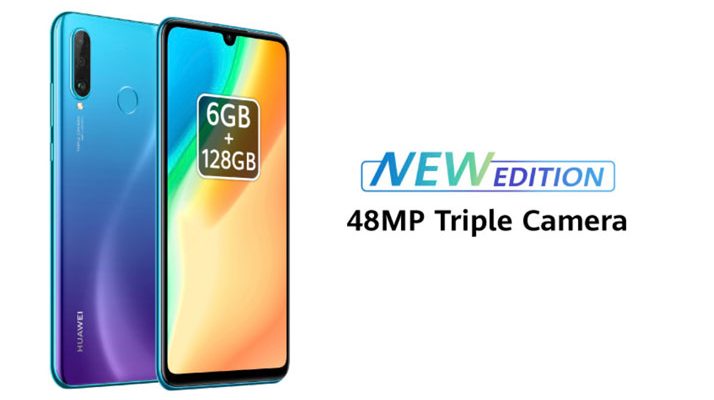 Huawei P30 Lite is the latest mid-range device to be unveiled by the Chinese company in Nigeria. It features a triple rear camera consisting of a 48MP main sensor, 8MP ultra-wide angle and a 2MP depth sensor. Apart from that it is powered by the OEM’s native Kirin chipset and runs on Android 9.0 Pie.

Let’s take it a look deeply at its specifications.

The Huawei P30 Lite has a plastic body and features a 6.15” IPS display with a dewdrop notch which house the front-facing camera. It has tiny bezels and a 90% screen-to-body ratio. In size it weighs 159g and measures 72.7mm in width, 152.9mm in height and 7.4mm in depth.

At the back are its fingerprint scanner and its triple rear camera setup. It is available in three colours – midnight black, pearl white and peacock blue.

The smartphone is powered by Huawei’s native Kirin 710 chipset and an octa-core processor clocking at a 2.2GHz speed. For its GPU, it has a Mali-G51 1 GHz which should be okay for most games.

It is powered by Android 9.0 Pie based on the custom EMUI 9.0.1. It has a 6GB RAM and a built-in 128GB which is expandable up to 512GB via the microSD card slot which also doubles as the second SIM card slot.

The smartphone has an AI-powered triple camera system consisting of a 48MP main sensor, an 8MP ultra-wide angle lens with f/1.8 aperture and a 2MP depth sensor. It is equipped with an LED Flash, HDR, Panorama and is capable of shooting 1080p videos at 30fps.

For selfie, there is a 24MP lens which is housed in the front-facing notch with a f/2.0 aperture. Which is also capable of shooting 1080p videos at 30fps.

The smartphone will set you back by N99,000 in Nigeria and it’s available for sale on Jumia and retail stores across the country.