Skip to content
You are at:Home»News»Xiaomi Aims for the Entry Level Space with the Redmi GO 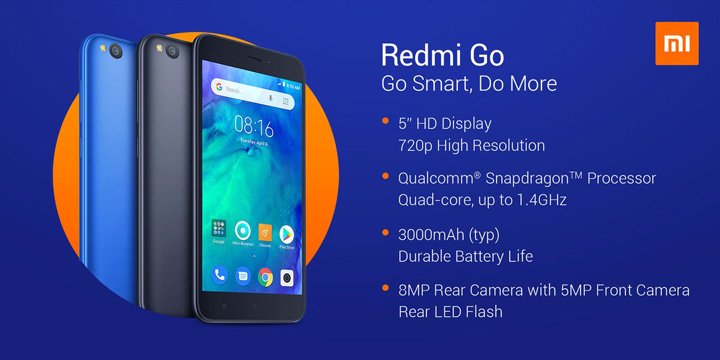 The announcement on Twitter comes after a leak by a posted by a serial leaker. Surprisingly, the leaker Ishan Argawal shared more details about the device than its manufacturers.

The Redmi Go is the brands first Android Go device to hit the market. It also costs less than 100 dollars and has the support of a trimmed down OS version, the Android 8.1 Oreo Go Edition.

Xiaomi plans to make this smartphone an ideal choice for budget consumers who have limited access to Internet connectivity.

It achieves this goal by offering regular features such as a dual camera setup that consists of an 8MP primary camera and a 5MP selfie snapper. Other highlights of this phone include a five-inch display of 720p and a decent battery capacity of 3000mAh.

According to WinFuture, the Redmi GO will pack a Snapdragon chipset with a 1GB worth of RAM. The publication also claims that the smartphone will offer users 8GB worth of internal storage which can be extended via MicroSD card.

As the Redmi GO does not have any unique functions such as facial recognition (like its Android GO rivals), it’s possible that the low price was the main reason for their absence.

There are no details about an American launch date however consumers in Europe can get the Redmi GO for 80 euros ($91.50). This price makes the smartphone the cheapest among its competition such as Samsung’s J2 Core or the Nokia 1.