Skip to content
You are at:Home»Gaming»Xbox One vs Xbox One X – What are the Differences? 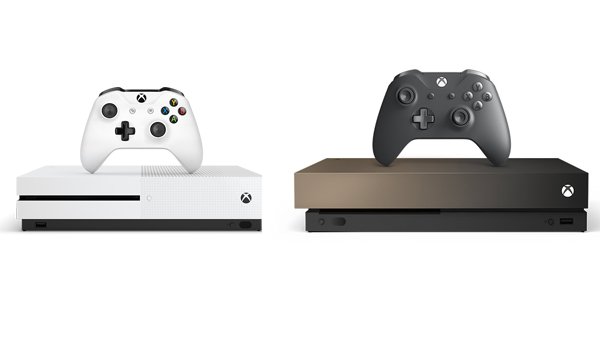 Sony may be winning the console wars battle but Microsoft’s Xbox series have not been doing badly. Pitting the Xbox One vs Xbox One X, which comes out top and what are the differences? Find out in this article.

A lot of people find it hard to choose between the two game consoles, especially from the same brand. Two products which might bring such confusion are the Xbox One X and its predecessor, the Xbox One.

The Xbox One X and the Xbox One are both great game consoles. However, if you wanted to choose one from the duo, you might find it hard especially if you do not know the significant differences between both products.

Thus, we have created this article to help you know the pros and cons of both products. We will also show you how to determine which would be an excellent purchase choice. Let’s start with the first variant, the Xbox One.

Xbox One vs Xbox One X – The Differences

This game console was released in 2013. But its developers, Microsoft have stopped its production as time went on. This shows that you cannot find the Xbox One in any store. However, the Xbox One S has replaced it instead.

But if you search hard enough, you might find the Xbox One in second hand or online stores. Units in these places are sold as used or refurbished consoles. The scarcity of new Xbox One consoles serves as the first difference between it and the Xbox One X.

Next difference between both Items is the design. The older Xbox has a bulky build with an external power supply while the Xbox One comes with slim features and an internal power source.

Furthermore, gamers had several problems with the Xbox One. The issues were based on the shortcomings of the hard drive especially the disc drive. This pushed its developers to release the One S which sported major improvements.

Released in 2017, this variant displays significant differences when compared to its predecessor, the Xbox One. For one its modern and slimmer design provides space for more heat output from behind the console. We can see a similar feature in Sony’s PlayStation 4. This feature allows gamers to place items such as controllers, charging stations and games on the One X console without any risk.

Concerning hardware, the Xbox One X also has an advantage over the older variant. Apart from the earlier mentioned 4k gaming, the console has a custom-built Microsoft processor that records at 2.3GHz with eight cores. A significant improvement is the presence of a custom GPU that offers 1.172GHz, 40 CUs, 6.0 TFLOPS; and a massive 12GB of GDDR5 RAM.

These features permit the X box One X to meet the demands of 4K gaming as well as any media you might have at hand. It’s safe to say that One X can handle the demand of today’s gamer.

Nonetheless, the Xbox One X comes with a hefty price. The price is so high that it doubles the current amount of an Xbox One console. To purchase a One X, you should have $500 for a 1TB model and between $200 and $250 for a used or refurbished Xbox One. Although the price might make you consider the cheapest option, the One X offers performance that makes it worth the hefty price tag.

Xbox One vs Xbox One X – Final Thoughts

Now it’s evident that both consoles have significant differences. The differences include the availability and performance levels as a result of improved hardware. Ultimately, the Xbox One X stands as a better console than the older Xbox One which does not have the features to meet the demand of modern gaming.

We hope we have helped you make your decision between both products. However, you might have an opposing view to our article

Feel free to share your thoughts, experiences, and opinion about any of the consoles in the comment box below.  We would love to hear from you.