Skip to content
You are at:Home»News»Toronto Creates More Tech Jobs than Many US Cities 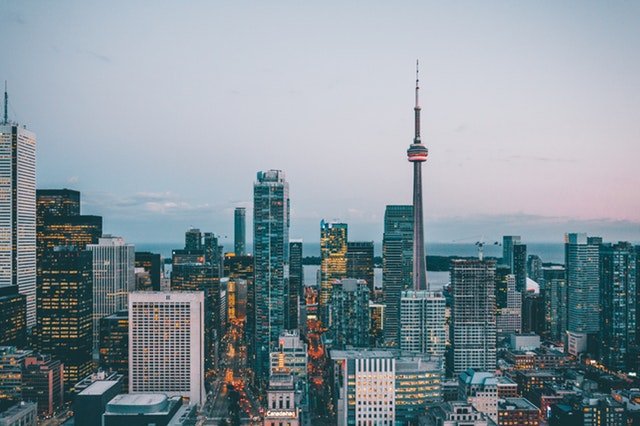 Toronto has been a beehive of technological activities this year. Bloomberg reports it as overtaken San Francisco, Seattle and Washington as the leading tech job hub. In a 2017 survey done by CBRE Group Inc released on Tuesday, Toronto was listed as the most rapidly growing tech jobs market in the world. The city’s tech giants oversaw the creation of 28,900 tech jobs, a 14 per cent increase from the 2016 report done for over 240,000 workers. This resulted in a 52 per cent increase over the last five years. 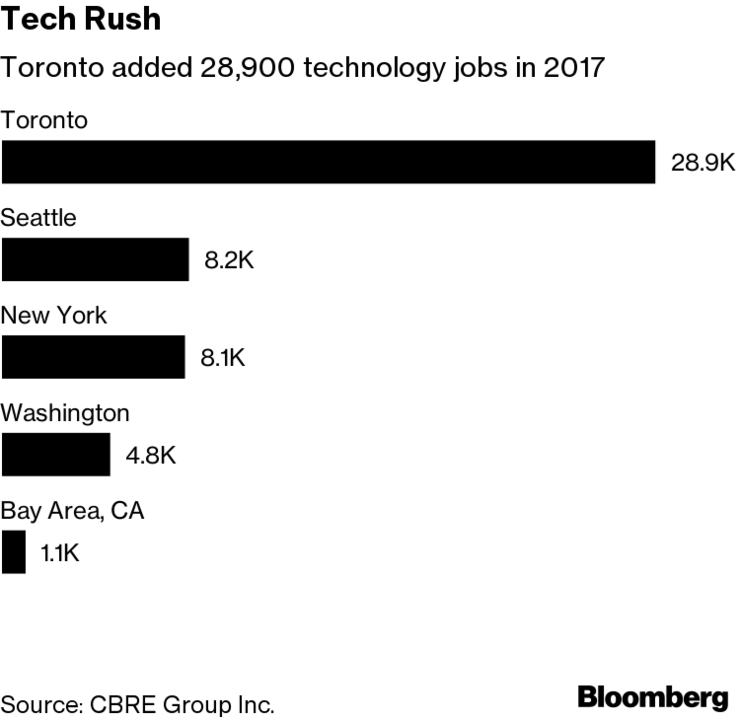 Toronto which is widely regarded as Canada’s biggest city is placed fourth in the ‘tech talent’ rating. CBRE compiled a list of 50 markets in North Africa and did a fair ranking, employing parameters such as talent supply, concentration, education and cost as well as a viewpoint for jobs and growth of revenue for offices and residential buildings. The figures for the survey were set at 5 million technology employees in the United States and well over 830,000 employees drawn across all sectors in Canada.

It has been noted that many companies have had serious thoughts about situating their establishments in Canada because of the favourable working conditions available in Canada. Toronto is named as one of the most conducive environments for less expensive labour and housing industry alongside a highly qualified and very knowledgeable workforce. The report also states that the United States Midwest region has good prospects too.

According to finances, a company looking to hire about 500 people shall need a 7000 square meter office space. The total annual costs have been projected and they are as follows. In Montreal, it is estimated to cost $27.6 million, $32,2 million in Ottawa and $30.2 million in Toronto. However, the prices are higher in the United States. In Rochester, New York, the lowest cost is $36.3 million while it costs about $57.4 million. 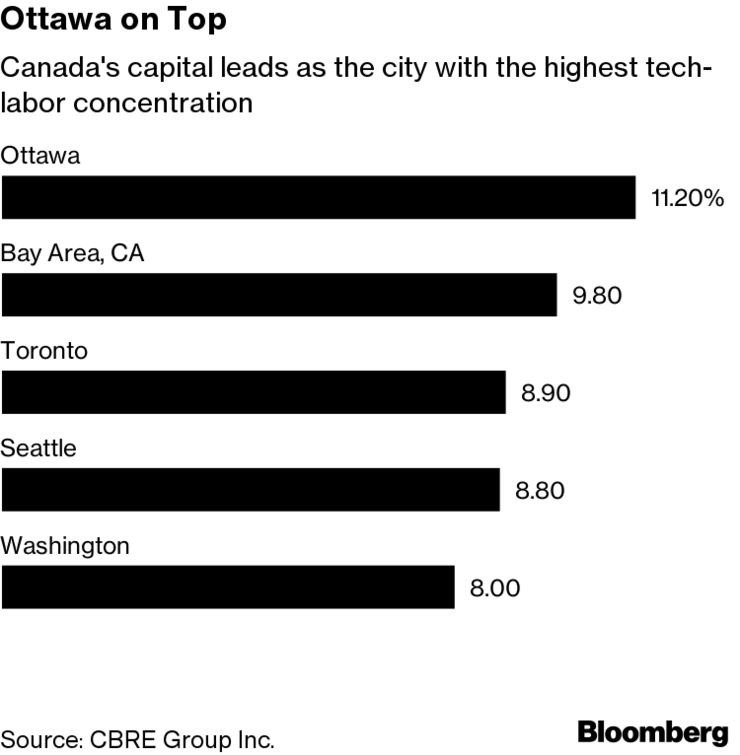 CBRE took steps to measure the market’s growth predictions and they focused on the concentration of technology labour as a percentage of overall employment. Ottawa came out tops with 11.2 per cent; this number more than tripled the US National average of 3.5 per cent. Toronto’s concentration was marked at 8.9 per cent.

Ottawa houses over 1,700 technology companies and gives over 70,000 technology-savvy employees. The survey also highlights that urban technology is the largest market in downtown Ottawa which is bigger than the combination of the Accounting and Legal sectors.

Canada Visa requirements for Nigeria – How to Apply