Skip to content
You are at:Home»Reviews»TECNO Phantom X Review: Something Different 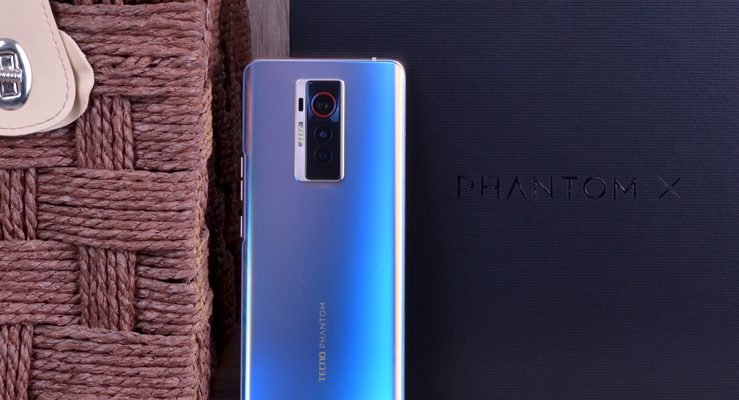 The Phantom X represents a big change in design from TECNO with the introduction of a 3D borderless screen which has not been seen before on any of the brand’s older devices. I got my hands on a review unit and will be sharing my thoughts here.

Let’s take a deep dive into the flagship Phantom X to see what it has to offer.

The biggest talking point about the Phantom X is its design. It has a 3D glass back and with anti-scratch (thanks to its Corning Gorilla Glass 5 protection) and a smooth texture. The phone is available in what TECNO calls the Van Gogh’s Starry Night Blue and Monet’s Summer Garden colour options, both give out that shiny gradient outlook when titled. I got the Monet Summer colour and the colour changes depending on whichever angle or direction the phone is seen from.

The Phantom X is thin, measuring 8.72mm in thickness but there is a noticeable and big camera cut-out bulge at the back which is only balanced and masked out by the phone’s protective case.

At the front is a 3D borderless display which is the first of its kind on any TECNO device. It should be said, this curved immersive screen is not new in the mobile industry and we’ve seen it in a couple of other smartphones from other brands. There is a pill-shaped cut-out in front of the display which houses the 48MP and 8MP wide-angle dual selfie camera.

The Phantom X has a 6.7” Super AMOLED display with a Full HD+ resolution and it has a 90Hz refresh rate for faster animations and transitions. It has an in-display fingerprint sensor which is very secure and fast.

The camera cut-out is easily noticeable at the back. The Phantom X has a triple rear camera featuring a 50MP main shooter, an 8MP wide-angle lens and a 13MP portrait lens. It has a Quad-LED Flash and a Laser Focus sensor for better photography.

I will start with what impressed me the most with the camera, the super night mode. I tested the camera at night and the results were impressive, the photos were very clear and the camera held its own at night.

For the portrait mode, I was not really impressed. The background blur came out good but the pictures, in general, looked overprocessed. My face was having a sort of beauty effect when I did not turn on any effects.

To the selfie shots, the results were decent but don’t expect something out of this world. Once again, controlling the light is a big deal.

TECNO and Taiwanese chipset maker, MediaTek continues their partnership once again with the Phantom X. The Phantom X is powered by the same Helio G95 chipset that powers the recently released Camon 17 Pro, so the performance is the same.

The phone runs on Android 11 based on TECNO’s HiOS custom UI and it has 8GB of RAM which is paired with a 256GB internal memory. The few games I played ran smoothly and there was no problem.

TECNO did the damn thing! Ella is the Transsion-owned company’s voice assistant. I am very impressed with this and it’s a big move from TECNO, I never thought the company would venture into something like this.

Ella is available as an app on the phone and its settings can be accessed from the phone’s Setting menu. When Ella is opened for the first time, you will need to agree to its terms and conditions to continue using it, after that, you will be prompted to make Ella your default voice assistant. Currently, Ella is available in three languages – English, Nigerian English and Hausa.

You can wake up Ella in three ways – saying the command “Hi Ella”, pressing down the home button, or sliding inward from the bottom edge. One good thing about Ella is that it works without the internet, but when you ask about things that require the internet, it would not come out for you as expected.

Ella is still in its infancy and it will go a long way before it reaches the levels of Apple’s Siri or the Google Assistant. In fact, when I asked some questions like the current time in some parts of the world, it gave me the wrong answer. For some questions, it will say “Sorry, I’m still learning how to do it.”

Kids Mode is a feature that could be useful for parents who allow their kids to play with their phones. Kids Mode can be accessed from the phone’s Settings and it offers custom options to limit apps, phone time usage and data usage.

At 4,700mAh capacity and a 33W fast-charging brick, the battery holds its own and can last more than a day at full charge under normal usage. With the 33W charging brick, you can bump up the battery from 0 – 70% in just over 30 minutes and fully to 100% in an hour via its USB-C charging port.

The Phantom X represents a major shift from what we’ve associated TECNO with over the years. From the 3D borderless screen to Ella and the impressive Super Night mode of the camera, all these are impressive.

There is still a lot of work to be done in the camera department and performance-wise for it to be up there with other high-end devices it is aiming to compete with. Its retail price of N228,000 is a big deal and will definitely be a major factor for those who will decide to buy or not. 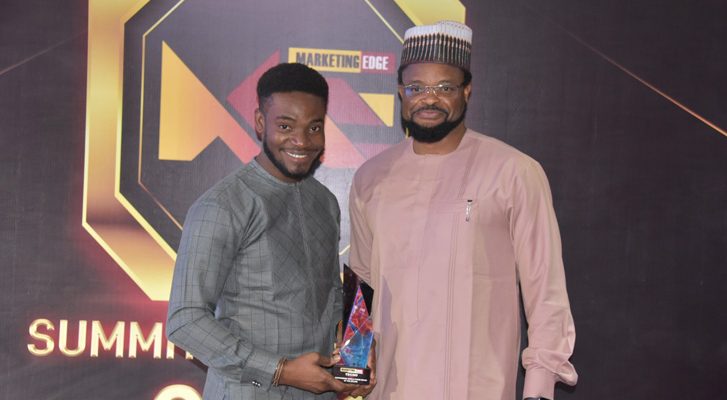 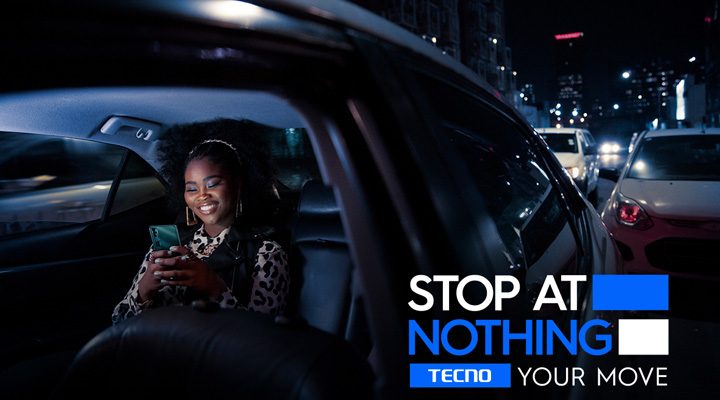