Skip to content
You are at:Home»Gaming»Sony Unveils Backbone One – PlayStation Edition iPhone Controller 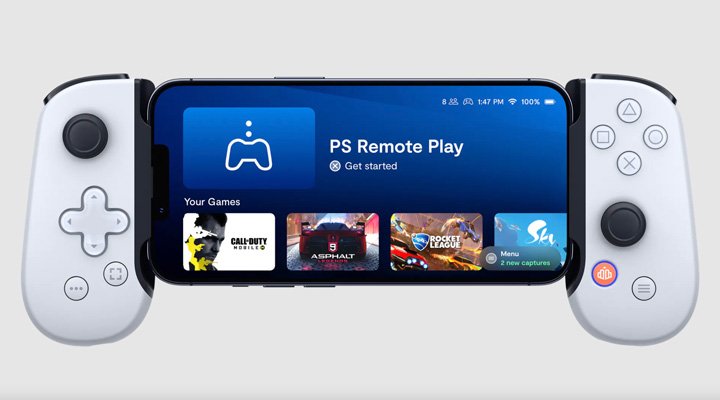 Sony has announced a new Backbone One – PlayStation Edition controller licensed for iPhone users. The controller is similar to the existing one from the accessory company but is inspired by the design and two-tone white and black colours of the PlayStation’s DualSense wireless controller.

The Backbone One PlayStation Edition is designed for iPhone users only and is built to work with the PlayStation Remote Play app so players can stream games from their PS5 or PS4 consoles to their mobile devices. Backbone CEO Maneet Khaira in a PlayStation blog post, says not only can the controller be used to play PlayStation games but also other games on the App Store that support controllers such as Call of Duty: Mobile, Genshin Impact, Fantasian, and many more.

The Backbone app can be downloaded to play on iPhone, providing a customized PlayStation experience for those with the PlayStation Edition controller. The controller has a Lightning cable that connects to the iPhone’s port that powers it.

The Backbone One – PlayStation Edition will be available in the United States, Canada, Mexico, Australia, New Zealand, Germany, France, Italy, Spain, Sweden, Netherlands, and the United Kingdom at launch, with more countries to follow. On the Backbone website, it has a retail price of $99.99, and those who purchase will have access to a one-year free trial of Backbone+ that grants access to trials from Xbox Game Pass Ultimate, Apple Arcade, Google Stadia Pro, and Discord Nitro.

The Android version of the Backbone One controller will be available from November.