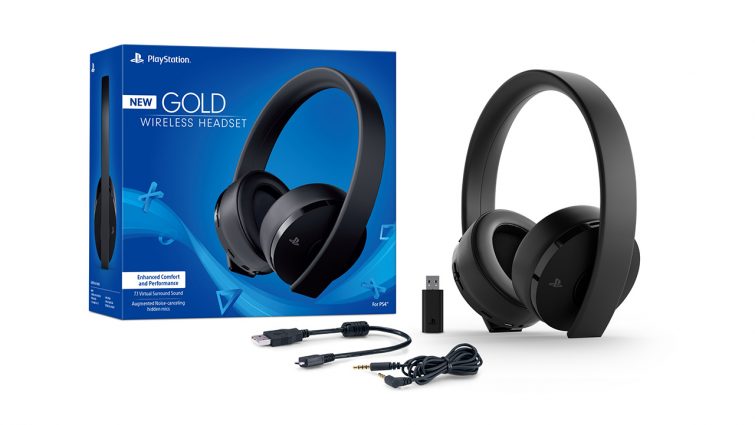 Sony has announced it is adding to its accessories collection by introducing a new Gold Wireless Headset which will be compatible with PlayStation VR and mobile devices. PlayStation 4 users will also be able to use the Headset as the VR system requires the PS4 and a PlayStation Camera to function.

VR is the future and with its immersive capability, the Gold Wireless Headset makes it even easier for PS VR gamers to experience games as they were in it with its high fidelity 7.1 virtual sound feature. Included with the Headset is a 3.5mm audio cable for mobile devices and for those who do not want to use the wireless feature of the Headset. There are also audio modes for the Headset which can be accessed by downloading the Companion App on your PlayStation

The new God Wireless Headset will be available in the coming weeks for a recommended retail price of $99 in the US, a much more reasonable price than the Platinum Wireless Headset released over a year a cost by Sony which costs $159.99.

What are your thoughts? You think this is still a rip off at $99? Let us know.