Skip to content
You are at:Home»Gaming»Sony Announces Inzone Gaming Monitors and Headsets 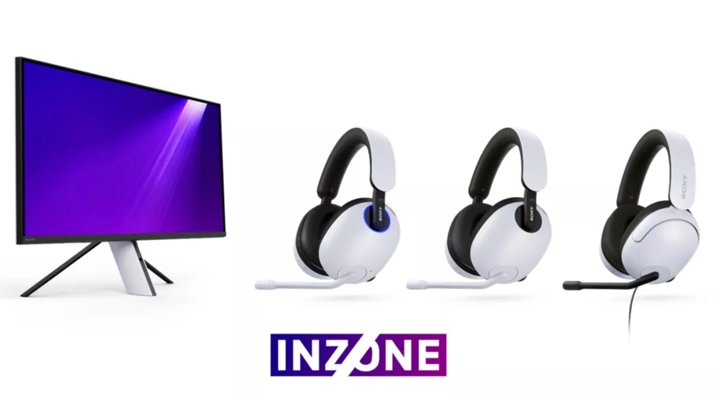 Sony on Tuesday announced its gaming gear brand named Inzone. The brand which is targeted at PC gamers announced two gaming monitors and three gaming headsets that also work with the PlayStation 5.

“We are entering the gaming gear industry with monitors and headsets at an exciting time, since gaming and esports have gotten even more popular over the last few years,” Sony president of home entertainment and sound products Kazuo Kii told The Washington Post. “We are leveraging Sony’s high-quality display and audio technologies to deliver products that will allow gamers to immerse themselves into their gaming world.”

The two monitors are made of IPS panels with 1m response time and they are built to support the PC and PS5 with variable refresh rate (VRR). Other key specifications are adaptive sync, G-SYNC compatibility for Nvidia’s GPUs, DisplayPort, and HDMI 2.1 ports.

For PS5 gamers, the gaming monitors feature auto HDR tone mapping. When connected the monitors automatically recognize the PS5 and optimizes the display for the best HDR output. Another useful feature is the auto genre picture mode that can automatically switch between the low-latency game mode and the picture-enhancing cinema mode depending on if the monitor is being used for gaming or streaming video on the PS5.

There are three variations of the Inzone gaming headphones with the H9 being the most expensive at $299, it offers a wireless connection and digital noise cancellation. The others are the $229 H7 which is also wireless but has no support for noise cancellation; and the wired $99 H3.

Sony: Microsoft’s Call of Duty Offer was ‘inadequate on many levels’