Skip to content
You are at:Home»Mobile»Samsung Announces Galaxy S22 and S22+ with Improved Cameras and Performance 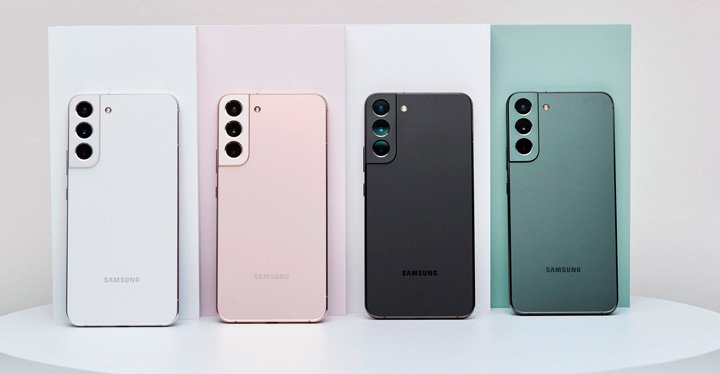 Surprisingly, Samsung has made the display of both phones smaller compared to last year’s model. The Galaxy S22 has a 6.1-inch display in comparison with the S21’s 6.2-inch screen, while S22+ has a 6.6-inch display which is smaller to the S21+’s 6.7-inch screen. Samsung has made the new Android flagships compact with slimmer bezels and they also feature smaller batteries of 3,700mAh and 4,500mAh capacities respectively.

In terms of design, they are pretty similar to the Galaxy S21 and S21+. Samsung says the Galaxy S22 and S22+ are its “most durable devices yet” with an “Armor Aluminium” frame. They come in Phantom Black, Phantom White, Green, and Pink Gold colourways and Samsung is also focusing on environmental sustainability by making the phone’s packaging from recycled materials.

As expected, the new Snapdragon 8 Gen 1 powers both smartphones in the US and select markets while the Exynos 2200 ships with other international versions. The storage options are the same as last year’s model – 128GB and 256GB tiers, while the RAM also remains at 8GB. There is no microSD card support but smartphones support wireless charging via the USB-C port although the packaging does not come with any charger. They both run on Android 12 based on Samsung’s One UI and there is an ultrasonic fingerprint scanner on the display.

There is an upgrade in the camera department with a 50MP primary camera featuring a larger sensor alongside a 12MP ultrawide camera, 10MP telephoto camera, and a 10MP selfie camera. Another significant differences between the two smartphones are in charging speeds – the galaxy S22 powers at 25W, while the S22+ is much faster at 45W. The Galaxy S22 has no Ultra-wideband (UWB) wireless technology but the Galaxy S22+ ships with it. For connectivity, the Galaxy S22+ supports Wi-Fi 6E but the S22 does not.

Pricing for the Galaxy S22 starts at $799 while the S22+ starts at $999. Pre-orders are underway already and the phones are expected to ship later in February.