Skip to content
You are at:Home»Mobile»Samsung Announces Galaxy A12 and A02S Entry-Level Devices with 6.5” Displays and 5,000mAh Batteries 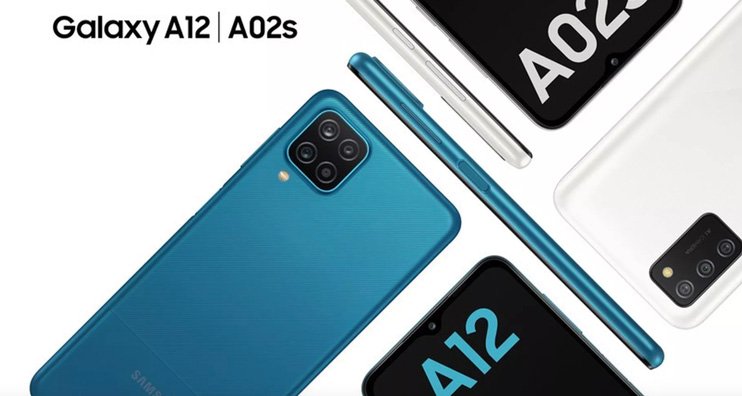 Samsung today announced the first smartphones coming to its Galaxy A lineup in 2021. The Galaxy A12 will succeed the A11 introduced back in March while the Galaxy A02S will follows the A01 released last December. The smartphones come with low price point for those looking to get an affordable Android phone next year.

The Galaxy A12 comes with a 6.5” HD+ display with a waterdrop notch which houses the 8MP selfie camera. It is powered by the Helio P35 SoC with an octa-core processor clocking at 2.3GHz and 1.8GHz CPU cores. At the side is its fingerprint sensor and it has a 5,000mAh battery. At the back is a quad camera setup which includes a 48MP main shooter, a 5MP ultrawide camera and 2MP macro and depth sensors.

The Galaxy A02S shares the same display and battery size with the A12 but has only one storage variant which is the 32GB and a 3GB of RAM. Its storage is however expandable up to 1TB via the microSD slot.

In terms of the camera, there is a 5MP selfie shooter, while at the back is a triple camera setup with a 13MP main shooter with a pair of 2MP sensors. The fingerprint sensor is missing in the A02S.