Skip to content
You are at:Home»Reviews»NTFS vs Fat32: Differences between Both Formats 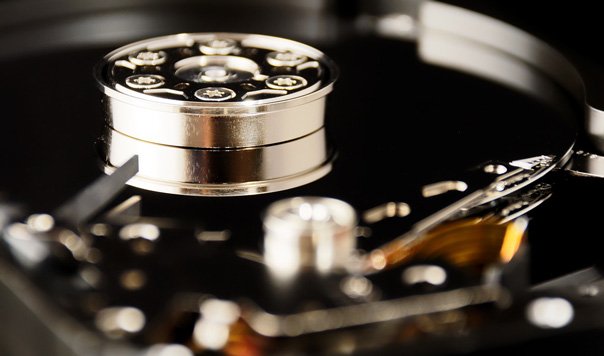 When you’ve got a new hard disk drive, or are trying to reinstall Windows, your operating system may request that you format the drive. The 2 common modes you would need to choose from are NTFS and FAT32. To make an informed choice, there are some key factors to consider.

First, when formatting your disk or USB drive, you need to take portability into consideration. For instance, if you’re a using a file system for the backup hard drive, it is recommended you go for NTFS. However, opt for FAT32 if you would like to make use of the USB drive on older computers, or non-PC systems such as TV sets, digital picture frames, projectors or printers, owing to the fact the format is universally supported.

All operating systems have support for FAT32, the most commonly used version of the FAT (short for File Allocation Table) file system, since it’s a simple file system, which has been in use for a very long time. In comparison, NTFS — New Technology Files System in full — has more robust features and is more effective than FAT because it utilizes advanced data structures for improving reliability, disk space utilization as well as overall performance. While support for NTFS format has increased, it isn’t as universal as FAT32.

32-bit File Allocation Table, FAT32, was developed far back in 1977 by Microsoft. In 1981, it eventually became adopted on the PC-DOS of IBM PC, and was extended to MS-DOS when that was released as a standalone product. This file system is older than NTFS and had been the standard drive format for hard drives as well as floppy disks throughout the DOS years, in addition to Windows versions up to and including Win 8.

NTFS, on the other hand, is the newer format introduced in 1993 by Microsoft as a part of the corporate-oriented Win NT 3.1 and later Win 2000. But it did not become commonly used on computers until Windows XP in 2001. Some versions of Windows, specifically Win 7 and 8, default to NTFS New Technology Files System drive format on new personal computers.

The maximum file size support of the FAT32 format stands at 4GB and its maximum volume size 2TB. This implies you are restricted to FAT32 partitions of 2TB if you choose to make use of a 4TB hard drive. It equally means you’re restricted to 4GB files.

This poses an issue with uncompressed high-definition movie files, in which 30GB files are not common. NTFS, when looked at from a theoretical angle, is limited by design to 16 Exabytes (EB). Since 1EB is the equivalent of 1 billion GB, maxing out NTFS remains a far cry. In practice, 2TB to 4TB volumes represent the current limit. Volumes that are larger than this will need a 64-bit operating system, coupled with compatible hardware.

Which Is the Faster System?

Though speed of file transfer and max. throughput is limited by the slowest link (which is normally the drive interface to the computer such as SATA or a network interface such as 3G WWAN), hard drives formatted in NTFS have tested faster on benchmark tests in comparison with those formatted in FAT32. But other factors will also have an effect, such as drive technology (SDD vs. HDD, Flash vs. non-Flash, and others) as well as file fragmentation (on spinning drives).

Though your operating system typically chooses a format for a hard drive for you ahead of time, you can make your choice of your preferred format while re-formatting a drive, especially the external type.

If you require the hard drive for a Windows-only environment, your best bet is NTFS. If you need to carry out file exchange, even if it is occasionally, with a non-Windows computer that boots a Mac or Linux OS, then FAT32 is your best choice, so long your file sizes are not more than 4GB. That explains NTFS vs Fat32