Skip to content
You are at:Home»News»Nokia Returns to Phone Market With Nokia 150 and Nokia 150 Dual Sim 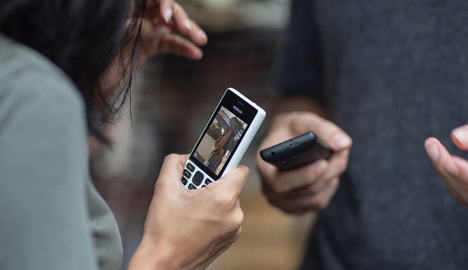 Nokia got a new parent company, HMD, last week, and while we thought the new parent would be taking Nokia back to the drawing board and bring creativity back into it, It seems HMD has worked out plan to restructure Nokia before its acquisition. Within a week of acquisition, it is announcing two phones to be released soon.

I believe this announcement is due to the fact that HMD itself was formed by veteran Nokia staff back in May 2016. So it is easy for them to start putting things in place. However, instead of going smart with its first set of phones, HMD is going feature–Nokia 150 and 150 Daul SIM are feature phones.

The two phones would be regular feature phones for calling, sending messages and definitely the ones coming to Nigeria would have a torch.

And aside that one of the two phones is dual SIMed and the other having single SIM port, there is no distinct difference between the two. Common features of the two phones are 2.4 inch display screen, a 22hours battery life and a full numeric keypad.