Skip to content
You are at:Home»Tips & Bits»All You Need to Know about Loom Ponzi Scheme 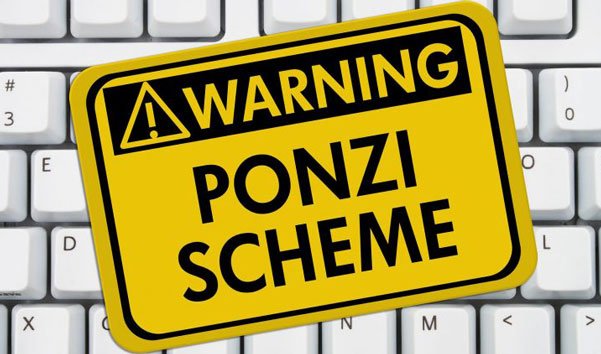 Even though many Nigerians lost humongous sums of money to different Ponzi schemes in the past years, they are embracing Loom in droves. This scheme shares a number of similarities with the popular Ponzi scheme, Mavrodi Mundial Moneybox (MMM), which crashed in Nigeria late 2016, a development that saw many participants lose their investments in the so-called money-multiplying system.

However, it appears Nigerians have now forgotten this bitter experience as many of them are now taking their chances by partaking in this new Ponzi scheme. Some Nigerians are even marketing Loom online, especially on WhatsApp.

The scheme was first documented in the United Kingdom, followed by ABC News (Australian Broadcasting Corporation) — an Australian media — who both described it as a scam after it had enjoyed great popularity in Australia.

In the first step of the process of participating in Loom, Nigerians are invited by a friend or relative to join a group chat on WhatsApp. Then, you are told to ‘invest’ ₦1000, ₦2000, or ₦13000 with a pledge that you’ll get a return that is 8 times the amount you invested once you invite new members.

After making your payment, you have to get one person, at least, to join the scheme.

Each time 8 participants sign up in the system, the member in the center (in color Red) will hit the target amount and exit the WhatsApp group.

After this, the loom will be divided into 2 groups and the top half, as well as the bottom half, now become the new looms. And every participant advances into the next level, which is Purple Level->Blue Level->Orange Level. The cycle, once again, begins.

The greater the number of people you are able to add to the scheme, the faster you would advance, and consequently the easier it’ll be to earn your own chunk of “easy money”.

That the Loom Ponzi scheme is making waves among Nigerians has generated mixed reactions from people in this country.

Rose, a mobile phone outlet attendant, remarked: “I joined the group on Saturday and I cashed out ₦16000 on Sunday, Loom is real.”

She added that she’s currently investing an undisclosed sum for her friend and once she cashes her returns out, she’ll make another investment for herself.

Gbenga Ojo, another participant, stated that he joined the WhatsApp group on Saturday with ₦1000 and cashed out ₦8000 on that same day.

He said: “I have presently invested ₦2000 in three different groups hoping to cash out soon.

Even if it crashes like MMM, I know I did not lose anything.”

Though a few Nigerians are being skeptical of joining the train, some are confident that they would never join it due to their past experience with different Ponzi schemes, such as MMM, Charity, Twinkas, Zar Fund, Get Help Fund, Ultimate Cycler, etc.

“Even though I didn’t lose more than one thousand in MMM, I don’t think I can do any other Ponzi,” said Mrs. Odunayo, a government school teacher.

She opined that even if she would change her mind, she wouldn’t make an investment that is more than ₦1000.

Felicia Happy, a policewoman, avowed that she can never put her hard-earned money as an investment in any Ponzi scheme.

“I cannot invest in any of these Ponzi. Even when MMM was thriving, I did not think it twice, because I believe the day I put my money that is the day it will crash.”