Skip to content
You are at:Home»Mobile»Infinix Hot 9 Announced with Punch-hole Display and Quad Camera 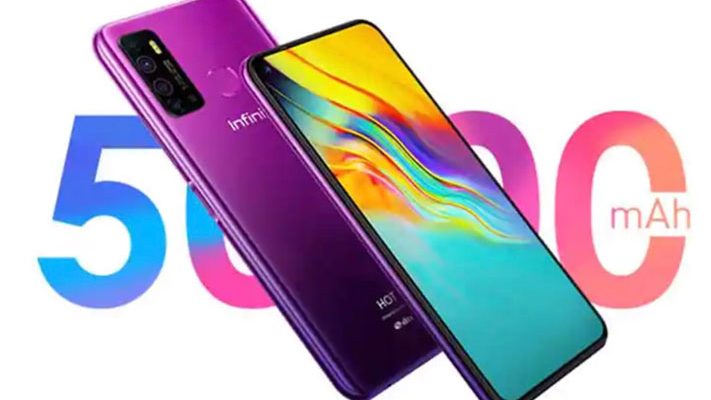 Infinix Hot 9 is the latest smartphone to be unveiled by Infinix Mobility, the device comes as a successor to the Hot 8 released last year. It features a 6.6-inch IPS LCD punch-hole display and has a quad rear camera setup at the back.

It ships Android 10 out of the box based on the XOS 6 custom UI and is powered by a MediaTek Helio A25 chipset. It has a 4GB of RAM and a 128GB internal storage. Let’s take a closer look at what this smartphone has to offer.

Infinix Hot 9 has a polycarbonate body and a glass front, it shares a similar design with the Hot 8. It has a 6.6” IPS LCD HD+ display with a 1280 x 720 resolution and a 20:9 aspect ratio. It has a punch-hole cutout which houses the 8MP selfie camera and it has a 403 PPI density. On top is a 2.5D Corning Gorilla Glass for extra protection.

At the back, it has a quad rear camera setup and the fingerprint scanner which is positioned at the centre. The smartphone weighs 190.5g and measures 167 x 76 x 8.3mm in dimensions. It is available in four colours – Ocean Wave, Violet, Quetzal Cyan and Midnight Black.

Infinix Hot 9 ships Android 10 out of the box based on XOS 6.0 custom UI. The device is powered by a MediaTek Helio A25 chipset clocking at a 1.8GHz octa-core speed, it is built on the 12nm process and is backed up by an IMG PowerVR GE8320 in terms of graphics.

In terms of memory, it has a 4GB RAM and a 128GB internal memory which is further expandable via the micro SD card slot up to 256GB. It has a Dual nano SIM slot which supports 4G VoLTE connectivity.

Infinix Hot 9 comes with an upgrade in the camera department over its predecessor. The device features a punch-hole cutout at the top-left corner of the screen which houses the 8MP selfie camera. The camera comes with AI features such as Portrait Mode and Beauty Mode.

At the back is a quad rear camera setup. The rear camera is made up of a 16MP main shooter with f/1.79 aperture, a 2MP macro lens and a 2MP depth sensor and 0.3MP sensor with a triple LED flashlight. It has panorama, AI HDR, AI Beauty and Custom Bokeh.

Infinix Hot 9 has dual nano SIM slot with 4G LTE connectivity and a micro SD card slot. It has a fingerprint scanner at the back and its selfie camera comes with Face Unlock. It supports OTG, Bluetooth 5.0, comes with a 3.5mm audio jack and FM radio.

It comes with a 5,000mAh non-removable battery, it supports 10W fast-charge. 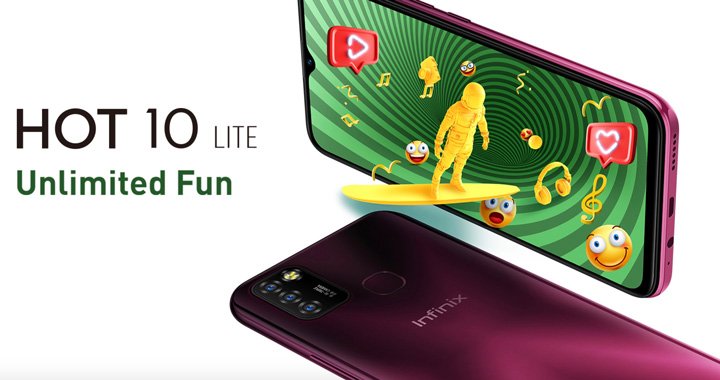 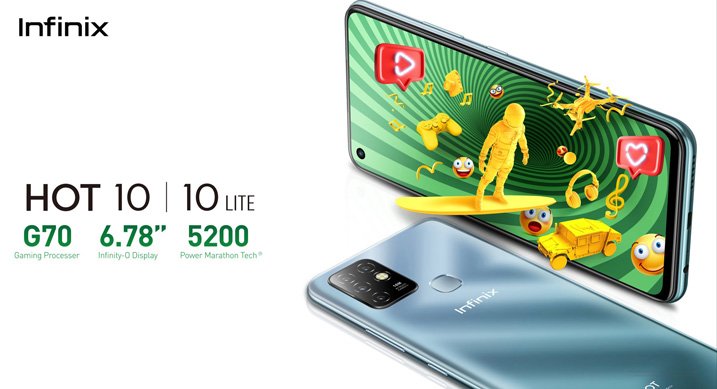