Skip to content
You are at:Home»Reviews»GPT vs MBR – Which Partition Style Should You Use? 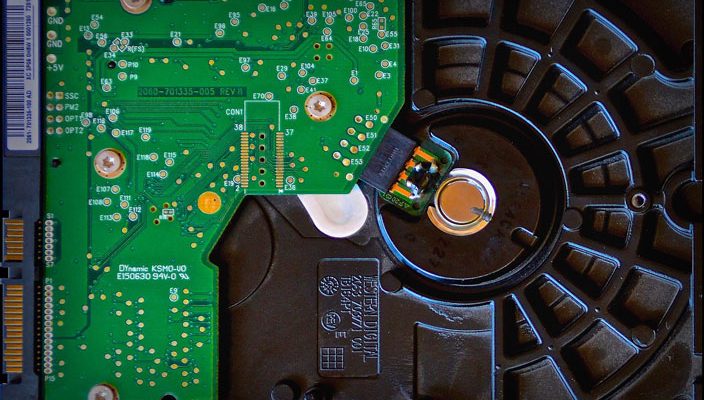 The process of creating a new drive partition on your PC might be confusing, especially when you encounter new terms and words on your screen. Two of these words are GPT and MBR which are some of the common tags associated with disk partitioning on Mac, Windows, and Linux computers. Partition tables are concerned with the management of partitions on a disk.

MBR disks work with the regular legacy BIOS (Basic Input/ Output) partition table while GPT maintains the latest (UEFI) partition table. Both technologies connect your firmware to your OS. I want to show you the differences between these interfaces in our GPT vs MBR article.

What functions do GPT and MBR perform?

MBR is an acronym for Master Reboot Record which is a different boot sector found at the beginning of a drive. Launched in 1983, MBR was first featured on the IBM PC DOS 2.0 and contained a boot loader for an installed operating system and data about the drive’s logical partitions. So, if you use the Window or Linux OS, the first part of the system’s bootloader can be at the MBR.

Before you can use a drive, it is vital that you partition it. The two ideal methods to store partitioning data on a drive include MBR and GPT. This data consists of the origin and destination of the partitions thereby enabling your OS to know which partition is bootable as well as their sectors.

Now, what are the significant differences between both GPT and MBR? Let’s see which table comes as an ideal option under the following subheadings.

One of the selling points of GPT is its security features as it is endowed with CRC32 (Cyclic Redundancy Check) protection and partition tables to handle corrupted data. It also has Secure Boot Technology that fits the signatures registered with UEFI before the motherboard permits them to boot.

MBR does not have any ways to identify or handle corrupted data. Instead, you discover any problems when the boot process fails, thereby making it impossible for you to recover lost data. It also does not support backups for lost data. Looking at such features, it is evident that MBR loses in this section.

On all operating systems, MBR has a maximum disk capacity of 2TB. If you use MBR on larger sized disk, the excess storage not be used. Besides, GPT stands as the ideal alternative as it provides a disk capacity of 9.44 billion terabytes.

GPT vs MBR: Number of the partitions

GPT works with 128 partitions with each one having 128 bytes because of its 16, 384 bytes partition table. As a result of this feature, users can build more partitions without using extended ones.

PCs with current Window operating OS can work with GPT partitioned disks for data. These operating systems include Windows Server 2008, 2012, and 2016 with Windows 7, 8 and 10. However, if UEFI mode is supported and activated, their 64-bit versions will allow booting from the GPT disk.

Furthermore, the 32-bit variant Windows XP recognizes only the Protective MBR while its 64-bit version only supports the GPT disk for data.

Conclusion on MBR vs GPT

Although GPT has better features than MBR, it has a slight issue. Older systems like Windows XP cannot support GPT disks; however, they can detect the protective MBR component of GPT disks. Simply put, if you have a laptop with an older OS or you want to install the 32-bit version of Windows, consider MBR.

But if you are looking for better security features and your hard disk capacity is above 2TB, choose GPT.

And that wraps up our MBR vs GPT article. We would love to hear your thoughts about this subject in the comment box below.