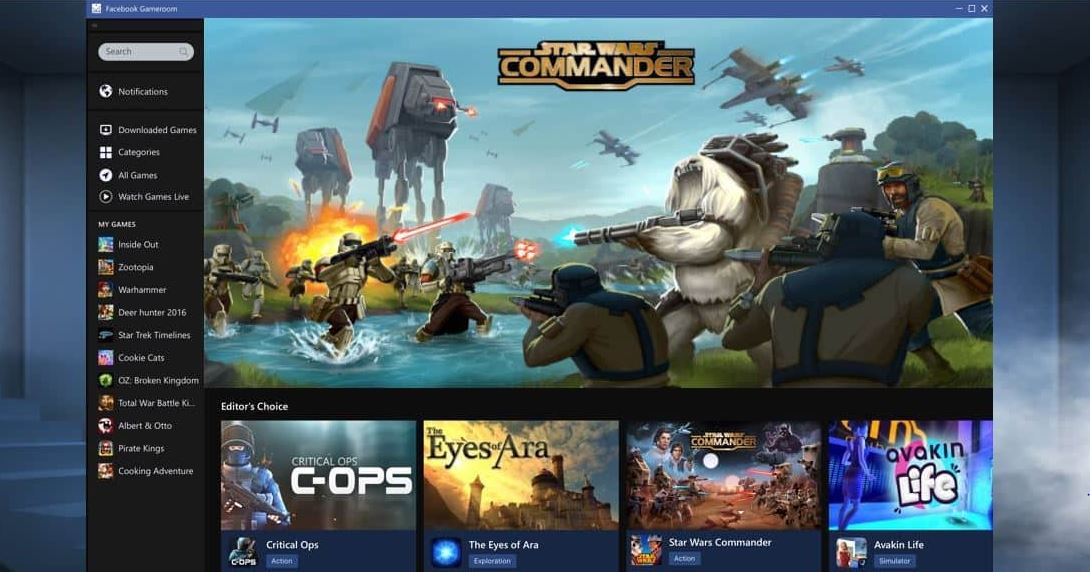 Facebook Gameroom games has gotten even more better. Apart from playing the native game on PC, Developers can develop their own and improve their skills with better memory management, networking and debugging. Facebook Gameroom is a Windows based PC app which lets users play games without having to log-in to their accounts on Facebook web. If you’ve been following Facebook very well, you will notice people were able to play games such as Candy Crush, Farmvile and many other games whilst still signed in to their accounts on PC, notifications and news feeds still pop up. With the Gameroom app users are able to choose and play from the many available games without having to worry about their Facebook notifications or News Feed.

Run the program and install after download. The Gameroom app is very light-weight so you do not have to worry about your computer hanging. To play Facebook Gameroom games, launch the app. You need an internet connection; all the games you’ve played on Facebook will automatically appear on the app with your existing levels and rewards.

DON’T MISS: How to Start a Personal and Non-Profit Fundraiser on Facebook

You can also play new games by clicking on the categories panel in the app. You would be asked a permission to continue after which the game will be downloaded freely for you to play. There are many games to choose from such as arcade, adventures, shooting, puzzles, racing, etc…

SEE ALSO: How to Play Messenger Games on Android and IOS

If you are a Facebook or game lover, get into the groove now by downloading the Gameroom app. Feel free to share the article with your friends so they enjoy too.

N.B: If you experiencing issues playing some games on Gameroom, you can drop a complaint on the official Facebook Gameroom page here. Some errors happen from the developers sometimes, only way to know is dropping a comment on the Gameroom page.