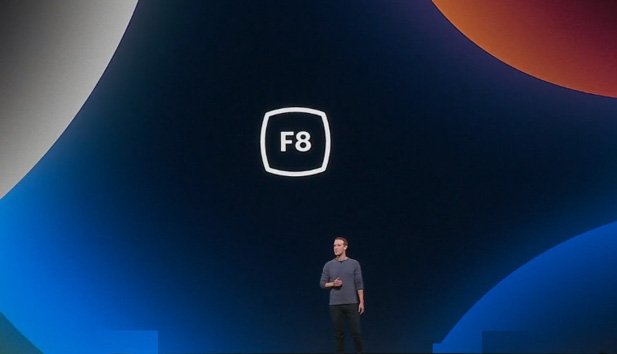 Yesterday, Facebook began its F8 developer conference starting with a keynote address by Facebook’s CEO, Mark Zuckerberg. Speaking on this year’s event, Zuckerberg said, “the future is private.” This event comes at a time when the social media platform has received criticisms over its role in encouraging social division and invading privacy.

During the address, the company revealed updates to Facebook, Instagram, and Facebook Messenger. Also offered details about a new dating feature and the Oculus Quest and Rift S VR headsets.

According to Zuckerberg, an update known as “FB5” will help the platform reduce attention on the News Feed. It will meet this aim by offering users a personalized feed created from highlighted groups and events instead of a generalized update feed. This means that you will have group interaction options when browsing other parts of Facebook

With the upgrades, the platform hopes to help its numerous users expand their social circle. For instance, the Meet New Friends option connects strangers who studied at the same college or share employers. It also gives information about events near you. Android and iOS versions of the Facebook app will first receive updates while the desktop site will be receiving upgrades later.

The event also revealed Facebook’s plans to reduce the competitive nature of Instagram by allowing followers to interact in numerous ways while focusing less on statistics such as less prominent likes. Instagram will also have a camera update with a “Create Mode” which lets users share content other than videos and photos. It will even allow individuals to buy products from sellers on the app.

Presently, Instagram is testing feature that hides the likes on users feeds; this will help people “focus on the photos and videos you share, not how many likes they get.” Canada will be the first country to use a trial version of this update.

Facebook Messenger will also witness some changes as it lets you share status messages or photos with your friends. This will make it easy for users to set up traditional hangout sessions. An update will allow the iOS version of the app to consume less space on your device while Facebook is releasing Mac and PC variants before the end of this year.

Shipments of Oculus Quest and Oculus Rift Begins This Month

The Verge also points out that there was no VR headset launch at F8. Instead, preorders were opened for two new headsets that will feature a user-friendly inside out system- Oculus Quest and Oculus Rift S. Both headsets will cost $399, and shipments will begin to 22 countries from May 21st.

With a focus on the budget buyer, the Quest is a stand-alone headset which offers high performance and ease of use. However, it has limited power and costs more than most people can afford. Concerning the Rift S, this device comes as an upgrade of the 2016 Oculus Rift. This includes a new design and inside out tracking.

Last year, Facebook launched Facebook Dating. Yesterday, it announced that the service would be available in 14 more countries. It features a Secret Crush option where you can create a secret list of your Facebook friends you have a crush on. If your crush uses Facebook and adds you to his/her list, the site will inform you of the match.

During his speech, Zuckerberg acknowledged that Facebook had lost the trust of many people mainly due to its actions. However, he claims that Facebook and its other services have a single aim to connect users with their loved ones. This comes as an uphill task as Facebook faces numerous controversies.