Skip to content
You are at:Home»Gaming»Top 10 Best Offline Action Games for Android 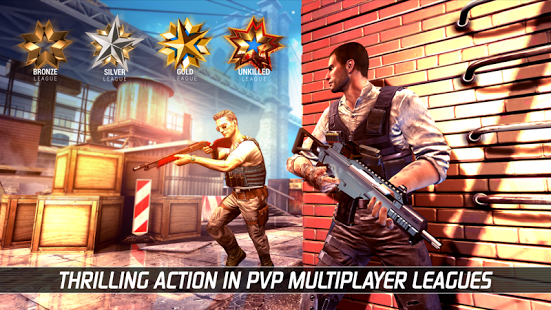 In no particular order, below is the list of the best offline action games for Android you can download on your phone or tablet device.

Critical Ops is currently one of the best action games right now you can find on Google Play Store. The game is a first-person shooter one with fast-paced FPS that will test your tactical skills. Critical Ops has 2 modes – a Defuse mode where terrorists try to plant and detonate a bomb and a Deathmatch mode where the player competes for a maximum number of kills within a time frame.

Critical Ops is free on Play Store and can be downloaded here.

Alto’s Adventure is another action game for Android which cannot be ignored. The game is not heavy in size and runs smoothly on virtually all devices. You are required to journey across wilderness, mountains and abandoned lands in one of the most captivation action games ever, on your way you are required to rescue llamas, survive obstacles in harsh conditions as the time ticks.

Alto’s Adventure costs $3.99 and can be downloaded from Play Store here.

Duet is another impressive minimalist action game for Android just like Alto’s adventure. You are required to control two vessels in synchronization while keeping the calm and surviving against all odds. This may sound easy to you but Duet is an intense action game. The game contains eight chapters with captivation graphics of intense and nerve-racking gameplay. It runs smoothly on most devices as it’s a minimalist game.

Duet costs $2.99 and can be downloaded from Play Store here.

Unkilled can be downloaded from Play Store here.

Geometry Wars is an arcade action game with more than 100 action-packed levels to play from. You are required to travel around 3-dimensional maps. There are 15 3D grips and 12 battle modes. Geometry Wars can be played on both Android phones and tablet devices.

Geometry Wars 3 costs $9.99 and can be downloaded from Play Store here.

Implosion Never Lose Hope is arguably one of the best offline action games for Android at the moment. The game features console-level graphics, intense gameplay and will keep you on the edge of your seat all through. Set 20 years after earth fell, the remaining human race is faced with the threat of extinction, and you are required to battle against a mysterious being known as the XADA. Level 1-6 is free to play but you have to unlock other levels afterwards.

Sky Force Reloaded is an all-around action game in which you shoot from the top above to down. The game combines classic arcade elements infused with current technology to bring out one the best action games you will ever play. Features include atmospheric levels with diverse missions, memorable battels, 3D graphics, full voiceover, electronic soundtrack and much more.

Sky Force Reloaded can be downloaded for free from Play Store here.

If you play Contra back in the days on SEGA console then you will enjoy Xenowerk. Xenowerk is one of the best offline action games for android at the moment. It is a shooter game which challenges your combat skills in an underground science lab where a failed experiment was conducted. In 70 different levels, you are to battle and kill mutants and survive against all odds. Sounds like an interesting challenge! Features include a wide range of weapons and gears; special gameplay powers; upgradable weapons and much more

Xenowerk is free and can be downloaded from Play Store here.

As the name reads, Into the Dead throws you in a zombie world where you are expected to survive fighting the dead. Do what you have to in order to stay alive, keep moving as fast as you can, and protect yourself by any means necessary. When the Dead are rising, run! The game features gruesome and intense gameplay with stunning graphics and it is supported on tablet devices.

There you have it! These are the best offline action games for Android you can play in 2019.