Skip to content
You are at:Home»News»Apple Music Replay Let’s You Track Your Favorite Songs and Artists of the Year 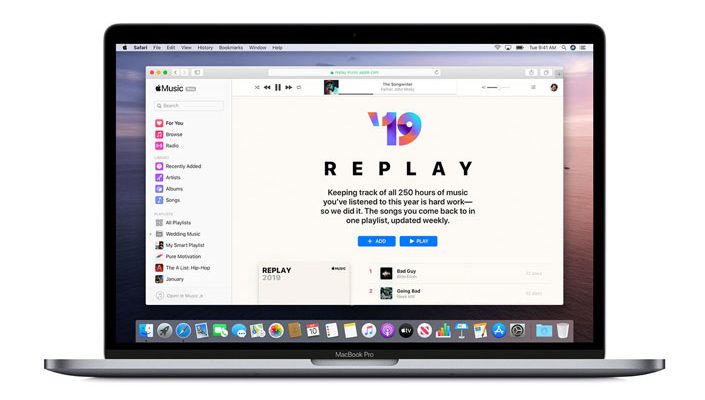 Months ago, Apple announced the shutdown of its iTunes service and replaced it with three apps – Apple Music, Apple TV and Podcasts. Since then Apple has been finding ways to improve the music app. In an announcement today, Apple has introduced Apple Music Replay.

With Replay, users will be able to review songs, artists and albums they listened to the most for the year. Not only that, Replay will also let users revisit favourite tracks since they signed up for Apple Music. Playlists of favourite songs for the past years will be created and can be saved to users’ library.

Apple Music Replay is similar to Spotify’s yearly “Wrapped” program which lets its users review their most-streamed tracks for the past year. Replay will let you track your favourite songs, artists and albums you’ve enjoyed most for the year and it will automatically create a playlist which can be shared.

According to Apple, the 2020 version of Replay will be available early next year. Replay playlists will also be updated every Sunday which means users will be able to track weekly how their choice of songs changes for the year.

Replay can be accessed by users at replay.music.apple.com