Skip to content
You are at:Home»News»Apple Updates MacBook Pro with Redesigned Keyboard and Faster Performance 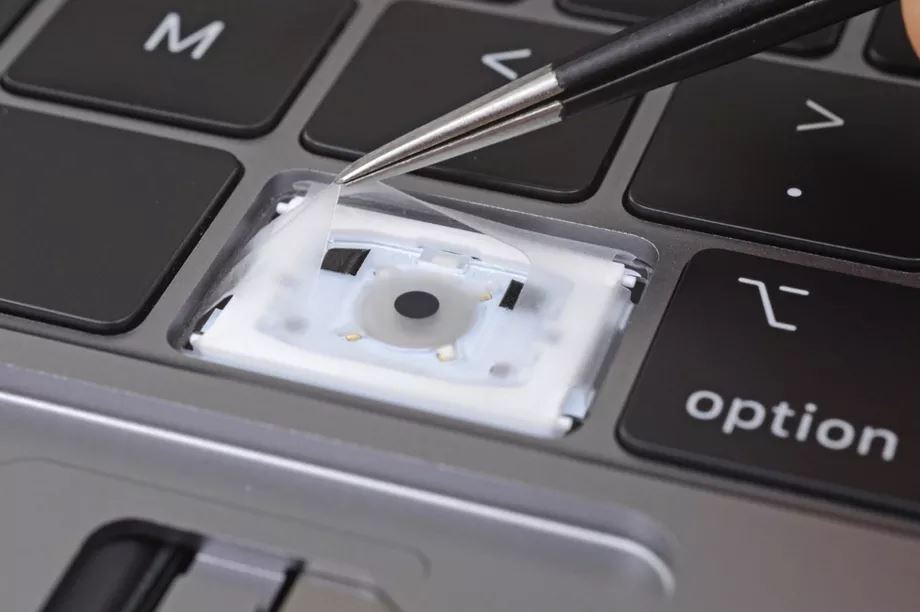 The keyboards of Apple’s newly-updated MacBook Pro are a bit quieter than those featured in the previous model of this laptop. However, the silence of the tech company on the widespread problems of the mechanism, which Apple acknowledged for the first time last month with a repair program, has left several people in the limbo, who are wondering if the mainly un-changed keyboard of the new laptop is prone to dust and crumb contamination under the hood.

iFixit reports it has uncovered functionality revealing that the keyboards of the MacBook Pro employ a silicone membrane that lies underneath each individual key. This protective membrane helps in keeping dirt and other unwanted particles from settling under the keyboard and consequently locking it up. The repair team took a new 15” MacBook Pro keyboard to pieces in a bid to know the new mechanism.

The laptop — which is already the most widely used notebook for developers all over the world — has the capabilities of compiling code faster, of operating multiple virtual machines and of testing environments in a much more smoother manner than the previous iterations of MacBook Pro. Furthermore, it also offers other updates such as True Tone display, up to 32GB of memory, powerful Radeon Pro graphics, revolutionary Touch Bar and Touch ID, large Force Touch trackpad, dynamic stereo speakers, among many others.

“The latest generation MacBook Pro is the fastest and most powerful notebook we’ve ever made,” explained Philip Schiller, the senior vice president of Worldwide Marketing of Apple. “Now with 8th-generation 6-core processors, up to 32GB of system memory, up to 4TB of super-fast SSD storage, new True Tone technology in its Retina display and Touch Bar, the Apple T2 chip for enhanced security and a third-generation quieter keyboard packed into its thin and light aluminum design with all-day battery life, it’s the best notebook for pro users,” he added.

The Retina display on this MacBook Pro has 500 nits of brightness and supports the P3 wide colour gamut, making it the Mac notebook with the most powerful display ever. Its display and Touch Bar, with the True Tone technology, offers a viewing experience that is more natural. This is perfect for design and editing workflows, in addition to day-to-day activities such as browsing the web as well as writing an email.

More about the New Keyboard Design

Scrutinizing the MacBook Pro’s keyboard, a striking resemblance to an Apple patent released in March could be seen. That patent described different techniques for designing keyboards, which would safeguard them from crumbs and dust that may bring about mechanical issues when they get underneath the keys. In the technique, such design employs a guard structure that stretches from the keycap for funnelling unsavoury particles away from the sensitive areas in the keyboard.

The patent application also explains the gasket might contain a silicone layer which would function as a membrane. iFixit now asserts that is specifically the material in the keyboard of the newly-updated  MacBook Pro, adding that the keyboard will produce a quieter sound as a side effect of that silicone membrane.

We will not know with certainty if this method is effective in tackling MacBook keyboard remonstrations that have been reported for years now since Apple changed to its latest butterfly switch mechanism, which was featured in the 2015 MacBook for the first time. However, the development seems to show the company considers the issue as a serious one, serious enough to implement a solution, even though it would prefer not to make the change public and concede that there was a bigger challenge on its hands.