Skip to content
You are at:Home»How-Tos»How to Activate Siri on iPhone XS Max, XS and XR 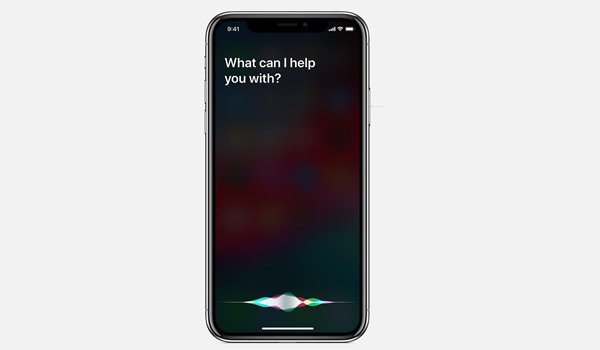 Have you been looking for how to activate Siri on iPhone XS Max, XS and XR? Grab a sit and read. Siri is Apple’s popular phone assistant that gained notoriety when it came on the scene, it is now said to be the most used Voice Assistant. It is now getting upgrades and in Apple’s latest iOS 12, she springs back to life. So, for those of you who may have given up on Siri, it is time to grab a bouquet of flowers and walk back into her life.

Apple recently announced the new iPhones. iPhones XS, XS Max, and XR are the latest instalment in Apple’s quest to get everyone into the ecosystem. And as with new lineups, new features and designs arrived. This year’s instalment in iPhones saw Apple discard the Home button from all its devices. If you used to have an iPhone with a Home button, to a new iPhone XS, XS Max or XR user this will take some getting used to, especially when you are trying to perform some basic tasks, such as activating Siri, the AI assistant.

You will find she’s brand new in your return to her gracious arms. Calling up Siri in the XS, XS max and XR can no longer be done with the home button because there is no longer one but you will find that there is a new method to the Apple madness that is just as effective as the famous home button.

As problematic as Apple can be with her designs, even Apple is not crazy enough to ditch the Home button and all its features without designing a new system equally as good. With the iPhone X last year, Apple created a new system in three parts – Face ID, gestures and the Side button. These three horsemen work together to ensure that a buttonless iPhone display wouldn’t be the sacrifice of usability for novelty. A thought they would have extended to the headphone jack, but oh well.

Summary of all of this is, you don’t need any button to access Siri on any of the iPhones.

There are many ways to activate Siri on iPhone XS Max, XS and the XR. Outlined below are steps and ways to achieve this.

Simply saying ‘Hey Siri’ gets the job. Just like ‘Hello Google’ or ‘Hey Google’, saying ‘Hey Siri’ calls up the thin-voiced assistant, ready to deploy at your command. However, you might be in public and not want to be the weird person saying ‘Hey Siri’ out loud, you will want to know how to activate Siri silently.

Activate Siri on iPhone XS Max, XS and XR with Side Button

Summoning Siri without voice command is no more complicated than it was on older iPhones. Simply press and on the Side button, which is sometimes referred to as the power button or sleep/wake button. After a couple seconds, Siri will pop right up. This however still requires you to say your request out loud.

Type to Siri to activate on iPhone  XS Max, XS and XR

If you are not looking to say your request out loud in public like a weirdo, enable type to Siri. If type to Siri is enabled, this action will pull up the keyboard, allowing you to type your questions and request to Siri instead of saying them. If you want to talk to Siri, you will have to tap the dictation icon in your keyboard, which will, in turn, write your question down for you to ask.

As usual with technology, there is always a caveat to any supposed improvement in the way we use it and in the case of buttonless iPhones and the summoning of Siri, the drawback is it is now much easier to accidentally activate Siri, an issue that occurred in older iterations of iPhones in iPhones 6S and earlier. So while you go back enjoying your day with your new iPhone XS, XS Max or XR, be conscious of how you place your phone, you do not want to set off Siri in the wrong environment.